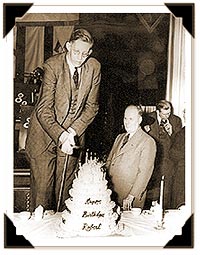 This blog turned ten years old in June and I was too busy to mark the occasion. I started blogging in 2003 but I chose the wrong platform and everything I wrote was washed away when modblog closed suddenly in 2006. I was so disheartened I stopped blogging for a year. Seems I backed a winner in WordPress when I started this new blog in 2007. WordPress has become more interactive in recent years, and it’s been wonderful to feel part of a community of literary bloggers. Thank you to all my readers over the decade.

To belatedly mark the tenth anniversary, I’m featuring a significant post from every year. I think it could be said my blog is eclectic, and from the beginning it’s been a mix of books, autobiographical posts, music, film, opinion, politics, and religion in roughly that order, with an emphasis on biography since 2013 and Katharine Susannah Prichard since 2014. If nothing else, the eclecticism should show through in this selection.

I had Itunes in 2007, but I was still buying most of my music on CD. In this post I was thinking about how the abundance of music meant I was appreciating it less. This paragraph was prophetic, given the infinite choice of music I now have with my Apple Music subscription a decade later:

Imagine a situation similar to the one in Borges’ story “The Library of Babel”, except with songs, not books. You have every single song ever released. But instead of bringing you happiness, it brings you dissatisfaction, because every time you hit random, you get yet another song you have no affinity with. Just the task of scrolling through your album titles is an odious one. It’s too hard to find what you want. You sound like a radio station.

In 2008, I read a 1978 copy of The Bulletin and found a fascinating snapshot of the world just before I was born. The concern with remembering the past would eventually lead me to move from writing fiction to biography.

In 2002 I found a sad and beautiful fragment of a letter in a book from the university library, and I spent years wondering what to do with it. Finally, in 2009, I decided to write a blog post about it. For much of 2009 I wrote a weekly ‘Thursday 3pm’ blog post, a way of making sure I blogged at least every week.

I love the radio – well, I love Radio National – and keep thinking I should blog about it. But I forgot that I already did, back in 2010, a post about the history of my love for the radio.

A surveyor rang the other day, wanting to know about radio listening. My instinct was to hang up, but instead I did his survey, because I am addicted to radio. I could not do his survey very well, though. He almost grew exasperated with me, because every answer was ‘Radio National’ or ‘Newsradio’ or, reluctantly, because it is so middlebrow, ‘720 ABC Local Radio’. ‘But don’t you listen to any music on the radio?’ he asked. No, I should have told him, there is no station which plays Morphine, the Cure and Regina Specktor with no ads and no competitions. But he wanted to know who had the best competitions. I told him I hated those competitions SO MUCH. This is one thing I could still be passionate about. How DESPICABLE commercial radio is.

I wrote two posts about turning thirty in 2011; it was meant to be a much longer series. In one of them I dealt with my sense of missing out having not traveled much, but also my reasons for holding tourism in some suspicion. (As it turned out, I got to Europe in 2013 and I was glad I did. But I still retained my ambivalence toward tourism.)