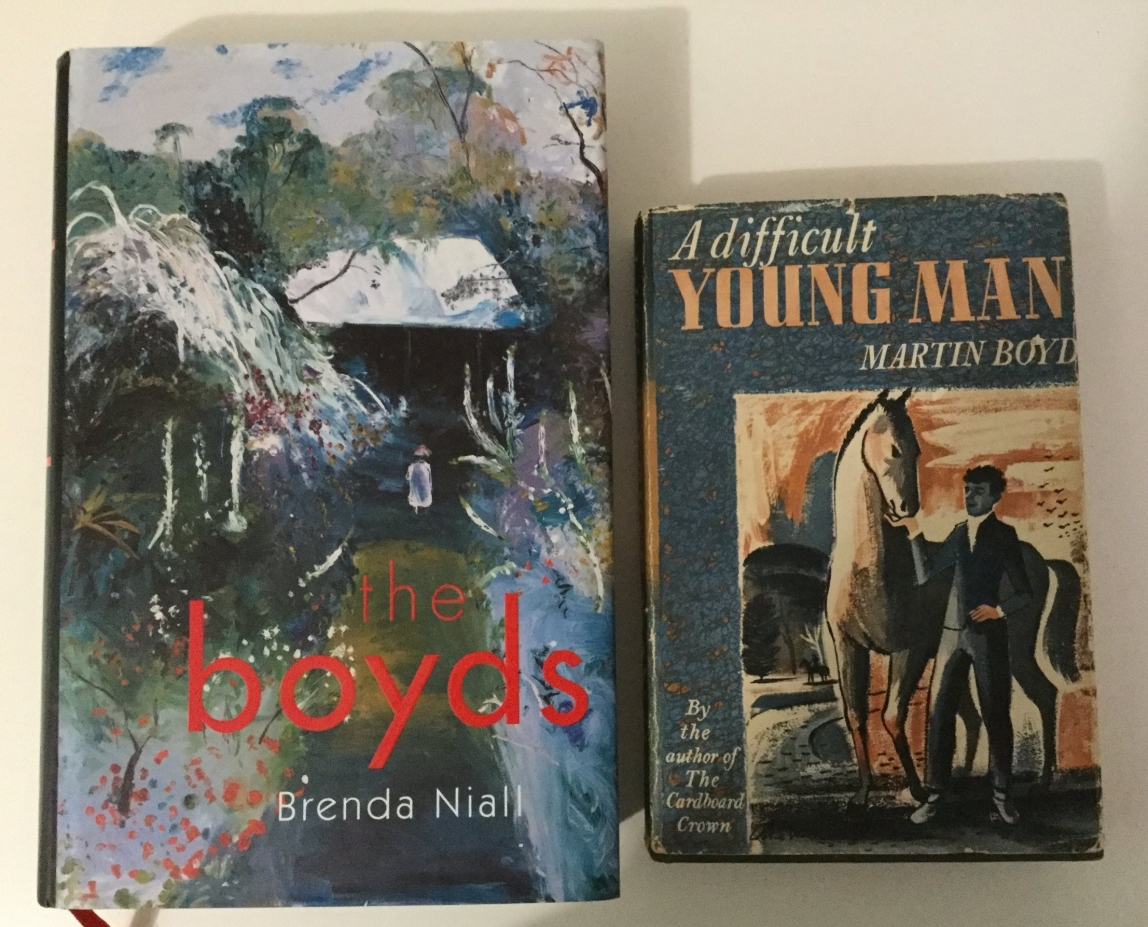 Family biography makes sense: we live in families, we remember as families, we are formed by families. Whenever a biographer tries to write one individual’s life, they end up telling the story of a family. As a genre, family biography goes one step further and embraces these other, related stories. But it’s a rare genre because it’s a daunting task and there’s few families with enough interesting members who have left the archives. Brenda Niall has not only chosen the perfect family in The Boyds: A Family Biography (2002); she’s also executed a superb biography.

A remarkable achievement of this book is its scope. It takes us from colonial Melbourne in the 1850s right through to the late 1990s. It goes far beyond the lifetime of a single subject to give a god-like view of the generations living and dying. It’s an unlikely comparison, but I was reminded of the book of Genesis in this respect. I find attempts to write the whole history of a state or nation over the same period generally numbing, but the focus on one family gave a narrative shape to the changing mores and experiences of life for Australian people. The Boyds and their ancestors make money and lose money; they find ways to pursue art, architecture, and literature. They have in their ranks so many fascinating characters and so much compelling drama. Niall is an unintrusive biographer but her wise judgements are present:

Like Emma in the á Beckett household, Minnie was the unquestioned centre of Boyd family life. Yet she lacked her mother’s physical stamina, her capacity for transcending daily worries and disappointments, and her resilience even in the face of tragedy. (132)

One of the organising principles Niall uses is a number of family houses of significance over the years, focusing on the people entering and leaving them. It’s a good idea in theory, but I found it hard to visualise them (there are a few photographs) and as structure for the final book it might be less important than Niall supposes.

One of my pleasures in reading biographies is finding unexpected connections to other lives – particularly to my own subject, Katharine Susannah Prichard. And my biography shares a minor character with The Boyds: Isla Chomley, later Marsh. A cousin of Martin Boyd, she knew Katharine in London in the 1910s when her father was editor of the British Australasian and she left behind a rare firsthand description of Katharine at this time.

The chapters which intrigued me most were those on the writer Martin Boyd. He lived for decades in a kind of exile in England and was always torn between it and Australia. During World War Two, he hung up a sign on his gate denouncing British air-raids on German civilians and invited passers-by to come and debate it with him. He was generous and reclusive, pacifist yet traditional, and Anglo-Catholic in sensibility. He sounds like the kind of man I would like to know. Bill has reviewed one of his autobiographies on The Australian Legend. It was writing his individual biography first which gave Niall the idea of the family biography.

After finishing The Boyds I had to follow up by reading one of Martin Boyd’s novels that had been sitting on my shelf – A Difficult Young Man (1955). It’s a great novel, following the misadventures of Dominic Langton, a chivalrous, passionate, oblivious young man growing up in an upper-class Australian family in the Edwardian era. He always creates havoc and is always forgiven by his doting parents. Boyd writes with nostalgia and wit; it’s a funny novel:

So far I seem to have suggested that Dominic was the injured innocent, but this was not always his role. One should not seduce one’s aunt’s maids, even if she is disagreeable, and certainly not two of them. (74)

The novel is narrated by Dominic’s brother, Guy, who is present for many events yet rarely part of the action. Boyd’s preoccupation with family and ancestry is strong and fits with Niall’s biography. The events of the novel are so close to events in Boyd’s own childhood and the antic of his brother Penleigh that aspects of the two books are now rather muddled in my memory.

4 thoughts on “An Australian family over time – The Boyds: A Family Biography by Brenda Niall and A Difficult Young Man by Martin Boyd”