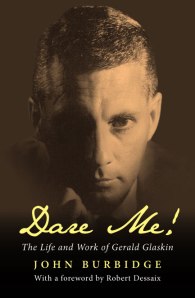 (This is the fourth and final in an interview series with John Burbidge, author of Dare Me! The Life and Work of Gerald Glaskin.)

Biographer-in-Perth: Any advice for a biographer starting out on the journey you’ve just taken?

Biographer-in-Perth: It’s been interesting and valuable for me to learn about John’s journey as a biographer. Thank you so much to John for sharing his thoughts. I know they will be of value to other biographers, as well as offering fascinating insights into a biographer’s work for readers of literary biography.