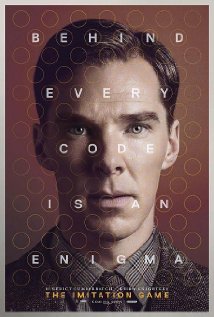 The Imitation Game adapts a 768 page biography, Andrew Hodge’s Alan Turing: The Enigma (1983). It does it very well, focusing on the years Turing spent at Bletchley Park in World War Two breaking the German Enigma code but intertwining it with a past and future strand – his doomed love for a fellow-boarder, Christopher, as a young teenager; and his arrest for indecency in the 1950s. In two hours we gain some sense of the span of his life, and the film succeeds as both a thrilling war drama and a biopic. Lytton Strachey would approve. When he set out to change biography, he believed that biography could be art by virtue of selection, the artfully arranged, representative scenes of a life. Today, “biopics” (think Iron Lady, Walk the Line) attempt this, and biographies, seeking to be comprehensive, generally do not.

Biopics have much to offer the biographer in methodological possibility. Surely there are other readers like me who want to read biography for interest, but not generally the comprehensive brick. We should look to biopics for inspiration for a form of biography which is not simply a condensed brick, but a more Stracheyean form. Perhaps a central drama in a subject’s life, intertwined with subplots from past and future points. There would be a suggestion of the whole, without the detail of the whole. It would be the length of a shortish novel, two to three hundred pages. It need not take on the biopic’s creative sins – the amalgamated characters, the invented dialogue – but rely on the best tradition of biographical storytelling without being shackled by comprehensiveness. It would not replace the comprehensive biography, which needs to be written, but it would supplement it so well, perhaps revitalise biography as a readers’ genre and as an art form.

(I say this, and yet my first comment coming out of the cinema was that there was so much to Imitation Game that really it required a long-form drama, a series of ten to twenty hours. The problem of scope and detail is a significant one in biography. Yet perhaps my point stands, because far more detail fits within a two hundred page book than a two hour film – it could be enough to tell the kind of representative story I have in mind.)

Speaking of the biopics’ “creative sins”, it’s actually a curious thing that biographies are adapted as biopics rather than documentaries. Biographies are not generally written in scenes (although this is something I want to attempt as much as possible, in a modified way), and biographers who invent dialogue are often heavily criticised. Biopics are given far more leeway – it’s usually acceptable to amalgamate characters or create them and to simplify chronology and turning points. Of course, there’s still pushback, with many viewers and critics expecting a high degree of historical accuracy; Imitation Game’s Wikipedia article currently has a lengthy section dedicated to perceived inaccuracies. A documentary would actually recreate the approach of a biography much more closely on film – a narrator takes the place of the author. Actors read portions of documents. Re-enactments have a certain tenuousness to them – it’s a mood or a setting rather than a full scene. Interviews are used. These conventions are able to convey the limits of the historical record, like biography does.