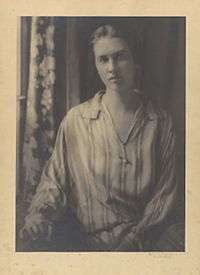 I probably read about the death of biographer Hazel Rowley in 2011, shortly before she was due to appear at the Perth Writers’ Festival, but I’d forgotten. She was still very alive to me, looking out from the back of her book on Christina Stead (1902-1983) as I followed her through Stead’s life. Being a biographer gives an illusion of immortality; the biographer sees a whole life before them, even the subject’s death. Rowley was only 59 when she died, and surely had many more important books to write.

This one is recognised as one of the great Australian literary biographies, and lives up to its reputation. Rowley writes engagingly, and gets the level of detail right, slowing down sometimes to describe particular days, summarising other periods. It’s a 500 page book, but Stead’s life was long and eventful enough to justify it. Rowley tends to use sections of a page or two divided with marks; it’s an effective way to move between incidents or topics within a time period.

Stead comes across as a writer who sacrificed everything for her art. After some moderate early successes, she lived in poverty for decades, blacklisted in America as a Communist and out of fashion as a writer. She and her life companion, William Blake, wrote incessantly, trying to make ends meet, as they wandered like nomads between the USA, London, and Europe. Blake is a fascinating character, sounding something of a genius himself, a man with a photographic memory and endless interests, who could write on anything at will, knocking out entire encyclopedias as well as historical novels and political analysis. Stead’s own work is intense, difficult and significant. She had a late season of recognition when she returned to Australia in the 1970s, after nearly fifty years away, but even this period was a time of loneliness and rootlessness. In Rowley’s account, she lived her whole life wounded by her father, who valued beauty and saw her as ugly.

Katharine Susannah Prichard is listed twice as a point of comparison, but there is no mention of them knowing each other; it’s a line of inquiry I will follow at some stage. There is a generation between them, but both were Australian Communist women writers who moved abroad to launch their careers. Prichard moved back and stayed put, and perhaps it saved her some of the misery Stead was to endure; Prichard also just seems a more optimistic, less difficult personality. It’s been a decade since I read Stead’s masterpiece, The Man Who Loved Children, but she is a very different writer to Prichard, far more experimental, far less Romantic and sentimental, far less plot-driven.

Lisa Hill on ANZ LitLovers has a good review of the biography, summarising Stead’s life and work.