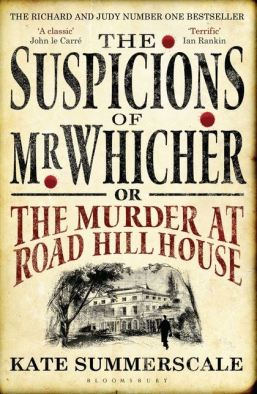 Like many readers who are also writers and/or PhD candidates, my reading is driven by several imperatives. There’s things directly useful to the research, but they often don’t get read cover-to-cover. (“One of the joys,” writes Yvonne on Stumbling Through the Past, “after I finished my history degree was reading a book from cover to cover.”) There’s interesting books with some connection to my research, which make me feel I’m being slightly productive to read in my spare time. (And given I’m trying to master the art of biography, any accomplished biography could fit this category.) There’s books by friends and colleagues which I want to read after knowing them in person and seeing some of their creative or scholarly journey – and to encourage them! And then there’s books for fun. There’s actually a lot of overlap between the second, third, and fourth categories.

I was still in the midst of Hermione Lee’s Virginia Woolf (1997) when I summed up last year’s reading in biography. Lists are rather arbitrary; I had it at number three, but after finishing it in January and reflecting on it all year, I think it’s probably the best biography I’ve ever read.

I didn’t review Lives for Sale: Biographers’ Tales, edited by Michael Bostridge, but it was the most enjoyable book I read this year. The volume was released to celebrate the publication of the Oxford Dictionary of National Biography but that project is not a focus of the book. The thirty-three short tales reveal funny / sad / poignant / fascinating anecdotes about writing biography as well as reflections on the art and nature of the genre. Almost all the great British biographers are included, including two of my heroes, Claire Tomalin and Hermione Lee. Two contributions impressed me so much I looked up their biographies and both made it near the top of my favourites list for the year: Kate Summerscale and Frances Watson.

Somehow I didn’t review either of the two of Kate Summerscale’s books I read, even though I loved them. Both The Suspicions of Mr Whicher and Mrs Robinson’s Disgrace are gripping narratives which combine biography, true crime, and cultural history into absorbing pictures of the Victorian era. In Mr Whicher, Summerscale tells the story of the original, quintessential detective and the most famous case of the age – the murder at Road Hill House. In Mrs Robinson’s Disgrace extraordinary extracts from an upper-class woman’s diary in the 1850s are preserved in trial records and form the core of a sad and vivid story of the hopes, angst and misery of a woman trapped in an unloving marriage. The breadth of both books is incredible; Summerscale gives the wider context of shifts in society and worldview. She shows a whole age better than a comprehensive history. And she does this with the narrative skill of good fiction. I still need to read That Wicked Boy, the book she actually published this year. She will be at the Perth Writers’ Festival in early 2017!

I reviewed three significant literary biographies from UWA Publishing this year.  Sylvia Martin’s Ink in Her Veins is the pick of them for me, a great biography uncovering the life of Aileen Palmer, who lived an obscure life paradoxically near the centre of Australian literature. (Bill of The Australian Legend picked it as his book of the year.) Suzanne Falkiner’s Mick: A Life of Randolph Stow is a landmark volume, comprehensive and significant for literary scholarship. Georgina Arnott’s The Unknown Judith Wright is a well-argued revision of Wright’s early life. Another important Australian literary biography I reviewed is Philip Butterss’s  An Unsentimental Bloke.

I read less fiction than ever this year (it used to be the main thing I read!), but one book stood out – Jennifer Egan’s A Visit from the Goon Squad (USA, 2010). I wrote on my general blog: “the novel gives a sense of the poignancy of all the remembered (and forgotten) people and events in any one’s life. It’s a novel which expands our appreciation of life, going beyond initial viewpoint characters and their present to reveal the past and future and inner lives of other characters.”